As an Army Chaplain I was promoted and spend almost 6 out of my last 12 years in supervision. At this level I was privileged to work with younger and lower ranking chaplain officers both in military units and in chapels. During this time I supervised a Liturgical Service at Joint Base Lewis-McChord (JBLM). We had about 3 Presbyterian Chaplains, 1 Conservative Episcopalian, and 2 LCMS Chaplains.

All of the chaplains came with varying degrees of liturgical backgrounds. The conservative Episcopal was what we called High-Church in the military. He executed many maneuvers such as elevating the host and cup when uttering the words of institution as well as kissing the altar and, if memory serves me correctly, he wore a chasuble when serving communion. On the other hand, the 3 Presbyterian chaplains at the service where from more low church traditions and did not really get into such High-Church customs. Also, they would not cross themselves or do the sign of the cross during invocations, benedictions, the words of institution or at other key times in the service.

I explained this to my own supervising chaplain and his wife one day. He was a Baptist but had been a Roman Catholic growing up and so he was very comfortable with crossing himself, as was his wife. But she simply could not understand why the Presbyterian Chaplains would not want to fall-in-line and cross themselves at a liturgical service, especially if other chaplains were doing it and everyone in the congregation was comfortable with it, which they were. I went on to explain to her that my job as a supervising chaplain was not just to run a service for the people who attended but to also to protect the rights and consciences of my subordinate chaplains. If, in their tradition, they did not cross themselves and it bothered their consciences, then I had to respect them and protect their religious freedom as well. In truth, nobody in the congregation ever mentioned it or seemed to mind that the Presbyterians didn’t cross themselves, except my boss’s wife.

For the record, I almost never cross myself in public expect as an officiant in a worship service or at military memorial ceremonies and services. I do cross myself occasionally in private when waking up in the morning but it is otherwise not part of my personal piety. I do not cross myself openly when entering a church or worship service, or after a public prayer. It would trouble my conscience to do so. Yet I am not bothered when other Lutheran pastors or parishioners cross themselves in these situations.

Where am I going with this? Well, we are moving into the church season of Lent. This is a time of age old traditions such as the imposition of ashes on Ash Wednesday. This made me think about the role of tradition in the church. Tradition is great but we need to keep it in perspective. Tradition is always the servant of the Church and God’s Word. Tradition must serve the Gospel and reaching people with it.

In the Bible Matthew records how Christ Himself defended the Apostles when they did not follow the traditions of men, “Then Pharisees and scribes came to Jesus from Jerusalem and said, 2 “Why do your disciples break the tradition of the elders? For they do not wash their hands when they eat.” 3 He answered them, “And why do you break the commandment of God for the sake of your tradition? 9…in vain do they worship me, teaching as doctrines the commandments of men.’” -Matthew 15:1-3, 9 ESV

Regarding the traditions of various rites and ceremonies, the Lutheran Confessions say, “We have actually experienced that traditions are truly traps of consciences. When traditions are required as necessary, they torture in terrible ways the conscience, leaving out any ceremony. -Apology to the Augsburg Confession, Article XV, paragraph 49.” Also, “It is not necessary that human traditions, that is rights or ceremonies instituted by men, should be the same everywhere.” -Augsburg confession, Article VII, The Church, paragraph 3.

Tradition can be useful but it can also be misunderstood. We can become legalistic in our observance of it. We should never insist that others observe any tradition especially if it troubles their conscience. Christian Theologian Edward Koehler writes, “To Disregard the voice of conscience is always sin. ‘Whatsoever is not of faith is sin’” (Romans 14:23).”

Still, tradition can help people in their understanding of God’s Word and worship of Him. Certainly, we should not abolish tradition indiscriminately but measure it against the needs of the preaching of the Gospel, the administration of the sacraments, and the execution of the great commission.

This Lenten season we shall study the role of tradition, as well as various Lenten traditions, during our Lenten season. To be included are Christian Freedom and Adiaphora, Imposition of Ashes, fasting or giving up something for Lent, Stripping the Altar for Good Friday, Stations of the Cross, etc. 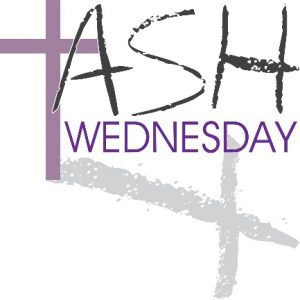