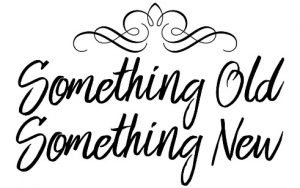 New York has the biggest and longest garbage strikes in the country, and the garbage piles up on the streets. One resident said that when a garbage strike was called before Christmas one year, he solved the problem by wrapping his daily garbage as if it were a Christmas gift and putting it in the back seat of his car, leaving the card door unlocked.  Invariably a thief would steal the package. –Tom Mullen, Quaker Humorist

The latest version of this joke has people putting garbage in used Amazon boxes in order to see if someone will steal it and get a nasty surprise. We laugh at jokes like this. The idea of someone stealing discarded household waste does have a certain humor to it. After all, who would have any use for something others have discarded? Interestingly, Michelangelo, the famous painter and sculptor, and a contemporary (1475-1564) of Luther did exactly this.

The block of marble that became one of history’s most famous masterpieces proves the old cliché about one man’s trash being another’s treasure. Michelangelo created the David sculpture from a piece of marble that had been twice discarded by other sculptors. Agostino di Duccio gave up on a project using the block and it sat untouched for 10 years. After that, Antonio Rossellino tried to use the block but decided it was too difficult to work with. After 40 years, Michelangelo finally obtained the marble and rose to the challenge of doing something with it.  He sculpted the famous statue known today as David.

The “David” is about 17 feet tall and was deigned to be placed high up but its final weight made this too difficult. It was also a political symbol in Florence because it was posed facing Rome and in defiance to it. It received rave reviews and cemented Michelangelo’s reputation before he moved on to paint the Sistine Chapel. The David is a religious statue as evidenced by the sling being held in his left hand which he would use to kill Goliath with. It also reminds us of another truth of our Christian Faith. All of this created out of an old discarded piece of stone.

Some days we feel no better than something that’s been discarded or kicked to the side of the road. We may feel used up and like a discarded package or wrapping. We are tormented by our sins; by the sin’s that the old man or old Adam (sinful nature) in us seems to all too have their way with us and entice us to sin. In the end, we wish something could change us or our feelings.

That Michelangelo, a mere sinful human, could take a discarded piece of stone and create the beautiful David statue is a testimony to an all=powerful and all-loving God. God took Michelangelo, and the talents God had given him, and a piece of discarded stone to produce one of the World’s most amazing sculptures. God also has the ability to taken broken sinners, love them, make them new, and use them for His kingdom. This is a spiritual truth also for us and is spoken of in the words of Paul to the Corinthians;

17 Therefore if any man be in Christ, he is a new creature: old things are passed away; behold, all things are become new. -2 Corinthians 5:17 KJV

We can find hope in this verse. To be in Christ means that we trust or have faith in Him and to be His children. It means we trust in the cross of Good Friday and the empty Tomb of Easter Sunday. On that stark wooden cross Christ died to pay the price for our sins and cause them to pass away (be forgiven). Through repentance and faith we receive forgiveness and are called His children. He has made us new creations. That is what these words mean;

Therefore we are buried with him by baptism into death: that like as Christ was raised up from the dead by the glory of the Father, even so we also should walk in newness of life. -Roman’s 6:4 KJV